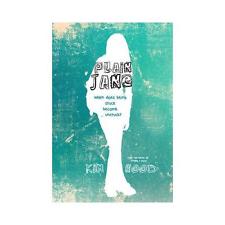 Author: Kim Hood
Publisher: The O’Brien Press
Release Date: April 11th 2016
Genre: YA, Contemporary
Pages: 304
—
At nearly 16, Jane has lived in the shadow of her little sister Emma’s cancer diagnosis for over three years. Not that she was ever in the limelight; it is her sister who is the talented one, a dancer who at ten had been outgrowing her small town teachers’ skills. Jane had never resented her sister’s talent; without any interests herself, it had always kept the pressure off her.
Now though, with her parents struggling to cope financially and emotionally, Jane’s life in her rural mining village seems to be a never ending monotony of skipping school, long bus rides to the hospital and hanging out with a boyfriend she doesn’t even know why she is with. Nobody really cares that her life is stuck in neutral; she is finding it difficult to care herself …
Ultimately, Jane begins to understand the real parts of her life that are good; her sister Emma’s chances of recovery begin to improve and the two sisters try to rebuild the relationship they shared before the illness took over.
—
I read this one for my book club and it was one of the books I saw at Deptcon2 back in October that I wanted to read and thankfully the book club gave m the push to go ahead and read it.

I don’t think I was expecting anything from this but, to be fair, I was actually a bit disappointed. Regarding the first 100 or so pages, I just felt like they were an effort to read and didn’t move along the plot.

Also, the characters were kind of boring. None of them particularly stood out to me except for Jane herself. The ending was something about it that I liked. I loved the plot twist about Jane’s granddad and Jane herself.

Overall, I’m not mad about this or the author’s writing style so I would be hesitant to pick up her other work anytime soon…